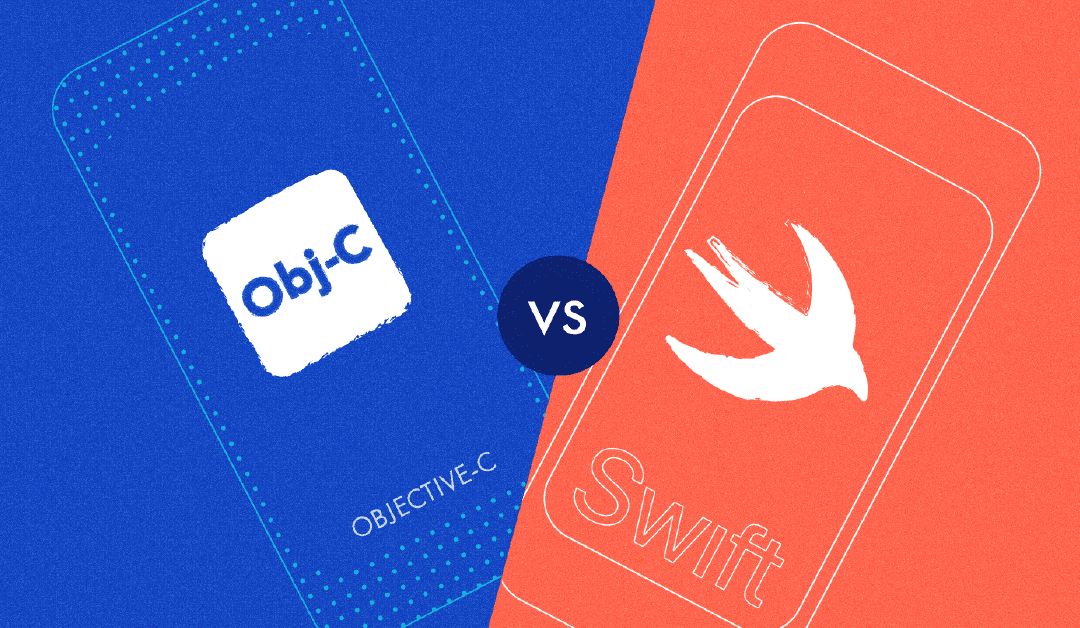 The first step before starting to design an iOS app is to pick the ideal programming language for your mobile application. Although it may appear simple, producing iOS apps necessitates far more than just a mastery of coding or awareness of technologies, functionalities, or features.
The earliest and oldest is ‘Objective-C.’ The second is Swift, a modern programming language.
Both languages have strong and weak points.
We’ll look at the stats below to answer one question: which programming language should you choose for iPhone app development?
So, without any further ado, let’s dive straight into Swift vs. Objective-C.

Objective-C was purchased by NeXT Computer, Inc. after acquiring great popularity and success. It was used by the company to create frameworks.

Swift is a trendy programming language related to JavaScript, Python, and C#. As a result, as compared to Objective C, modern developers find it easier to work with.

Swift, despite being newer than Objective-C, has a long way to go. Swift’s development began in 2010, and it was released in 2014 — over four years later.

Swift has seen multiple updates since its first release, the most recent being Swift 5.5.

Pros and Cons of Objective-C and Swift
Objective-C: Pros

Which one is faster?

Swift, according to Apple, is around 2.6 times faster than Objective C. The predicted speed is often related to the efficiency of coding. Swift’s syntax is far more straightforward and clear than Objective- C’s. This allows developers to concentrate on the main component of the code instead of the rules that the codes are built on.