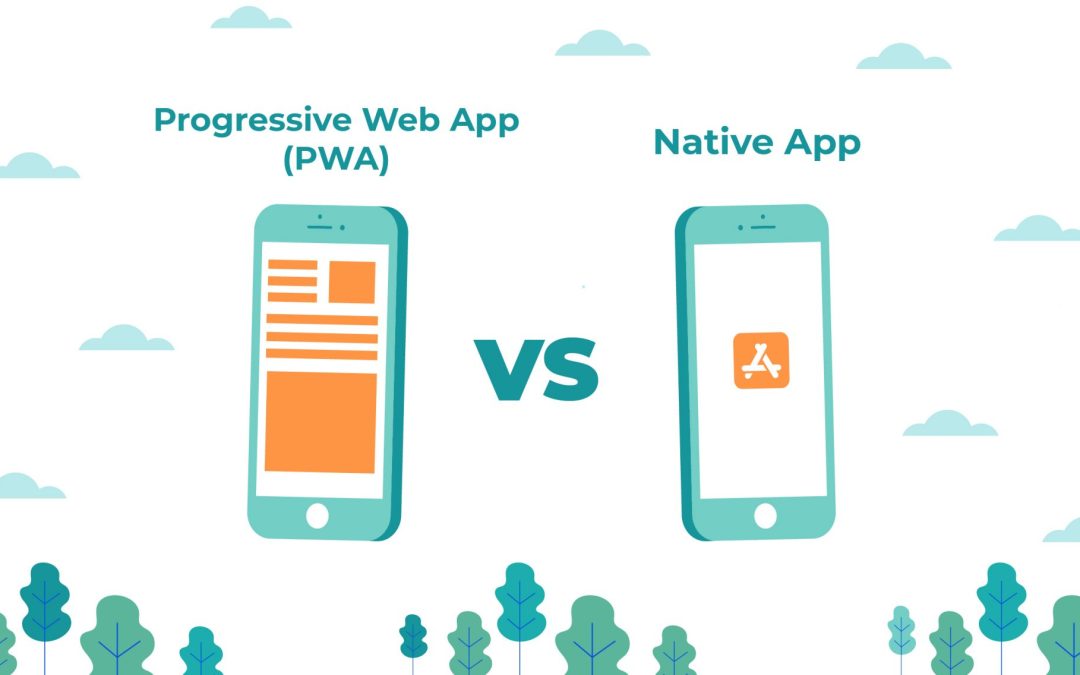 To match modern customers’ expectations, e-commerce businesses must offer a quick, simple, and flawless mobile purchasing experience. This is where mobile apps and progressive web apps (PWAs) come into play.

But which is better: a progressive web app or a native app? To make a valid conclusion, you must first understand the advantages and disadvantages of each strategy. To make things easier, we’ve created this guide that explains the distinctions between PWAs and native applications, and how businesses may prosper from the other.

Before moving toward the differences between PWA and Native apps, let us introduce you to these applications.

Progressive web apps are web apps that use service employees, web app manifests (JSON files), and other web framework functions with deep integration to provide users with a native-like interface.

They are built with the latest JavaScript frameworks to provide a near-native interface and may be deployed on a mobile phone immediately. PWAs take up far fewer data storage on consumers’ devices than native apps. PWAs even allow users to store the app on their device’s home screen without installing the app.

Because of Google’s mobile-first indexing technique, progressive web apps have a single codebase and help a business rank better on search engines. Furthermore, users appreciate the fact that PWAs do not require installation. As a result, it’s a win situation for both businesses and their customers.

PWAs have been used by brands for quite some time. Starbucks, Ali Express, Twitter, and Forbes are among the most well-known. And that’s not the end of it, there are dozens of outstanding PWA app examples across the world.

Native apps’ functionalities are fully optimized for their operating system, allowing them to make use of the system’s structure and features. This is also why native apps for multiple operating systems and devices are structured differently.

A native Android app, for example, can be written in Java, while an iOS app can be written in Objective C. Both apps generated can later be made available free on the App Store and Google Play for iOS and Android.

Now you must be waiting for the differences between them. Here you go!

What Are the Primary Distinctions Between a PWA and a Native App?

The primary distinction is that, unlike web apps, PWAs may take advantage of device features such as push notifications.

Which One Should You Use: PWAs or Native Apps?

Both PWA and Native have differences, such as strengths, perks, and limitations.

As a result, when deciding between the two, it is best to consider each and every aspects in which both technologies excel.

Here are some examples of when you should use one of the two applications,

PWA vs. the Native:

PWA Is Ideal If:

Native Is Ideal If:

Making a mobile app development decision for your startup or business shouldn’t be rushed. You must weigh all the pros and cons before you move on to the development of a native app or a progressive web app.

If your users are data-conscious and value their time, you should go with a progressive web app as it requires no downloads. But if you have complex functionality and want to be on the app store for brand credibility, you should think of going forward with a native app.
[nextpostshortcode]